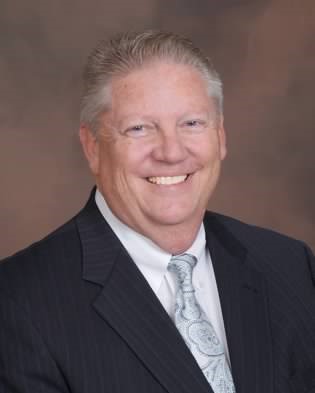 Tim is a degreed economist from Texas Tech University, with a B.S. degree in Agriculture and Applied Economics. Upon graduation, Tim began his career with Dean Witter Reynolds, Inc. as a securities and commodities representative. After becoming Syndicate Coordinator, for his office, Tim worked with mergers and acquisition teams within Dean Witter and worked on risk management options for feed lot operators and grain elevators in the Southwestern US as well.

In September of 2000, Tim accepted the position of Director or Marketing for the National Grain Sorghum Producers. His responsibilities were to help build and develop markets for the varying uses of grain sorghum, in the US and abroad. During his tenure at NGSP, Tim began work in conjunction with other state and national commodity groups to build opportunities in renewable energy for grain sorghum. In 2003, Tim formed a NGSP subsidiary, Sorghum Synergies, LLC and served as its President. This company was dedicated to the development of renewable energy opportunities for grain sorghum in the ethanol industry across the US and abroad. At the pinnacle of ethanol development, Tim was credited with bringing Ethanol to Texas and the Southwest US, and growing demand for ethanol to record levels. Tim’s team of professionals were credited with passing legislation to provide development funding for ethanol in Texas and Oklahoma, and on the same day!

In September of 2005, Tim opened Agri-Energy Solutions, Inc, AES, the predecessor company to Matador Economics. This company took on the development work for ethanol biorefineries across the US and abroad, in an effort to meet the needs of the up to 10% requirement, for the inclusion of ethanol, in the U.S. gasoline supply. AES also worked with biodiesel production, logistics and marketing as well. Working with ground up operations for several entities, Snyder wrote proforma budgets, construction plans, value engineering plans and logistical support programs for sourcing input into the ethanol biorefineries and then building markets for ethanol, biodiesel and their co-products into the marketing chain, moving downstream.

During the financial crisis and recession that followed in 2007 and 2008, Tim was able to work with terminal operators for sourcing ethanol and biodiesel, to meet the federal demand in gasoline and diesel fuel. During this time, several other terminal operators contacted Matador Economics to assist in their daily operations. Opportunities with Matador Economics continued to expand after 2010 into oil and gas as well as the refined products, which led to the development of our daily commentary programs for our clients.